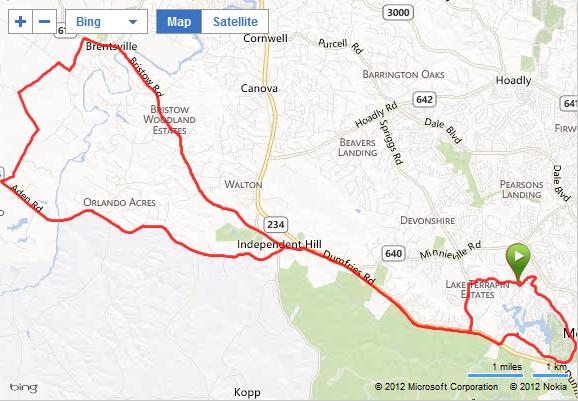 What a difference a week makes.  Last week, I was pedalling in the Florida sunshine in shorts and a jersey.  This week, I was in Northern Virginia, looking at the morning frost on the grass.  Out came the wool socks, leggings, winter gloves, skull cap, and a new addition to my wardrobe – a cycling jacket.

As I enter my third winter of cycling, I figured it was time to break down and buy a jacket specific to the job.  I found a reasonably priced garment on Nashbar a few weeks ago and took the plunge.  The jacket is like most any other one except this has the traditional three pockets in the back which make for easier retrieval of items.  The waist is cut a little higher than normal so it doesn’t interfere with the legs while pedalling, and the cut is a little closer to the body so there is less air drag.

The jacket’s debut was a roaring success and the ride was pleasant, if cool.  Temperatures made it into the mid-40s by the end of things and I even passed several hardy cyclists as I returned home on Rte 234.  The country roads between Aden Road and Bristow Road were as pleasant as always.  The above pic was taken on Parkgate Drive through the clever use of a 10-second timer on a camera resting on a “For Sale” sign.  Sadly, the autofocus was slightly off.

I was curious to see if there would be any election signs still standing 11 days after the event.  Just as I was beginning to believe they all were retrieved, I spied this handsome specimen near Bristow (Mile 16). 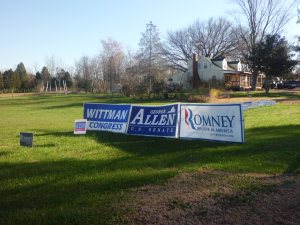 This being a rural area, I was not surprised to find a sign supporting the Republicans.  Of note, only Mr. Wittman won his election.

Having tested my jacket and finding an election sign, my objectives were complete and I turned for home.  I’ll leave you with a picture of Flory Road, which captures the landscape I pedaled through rather well. 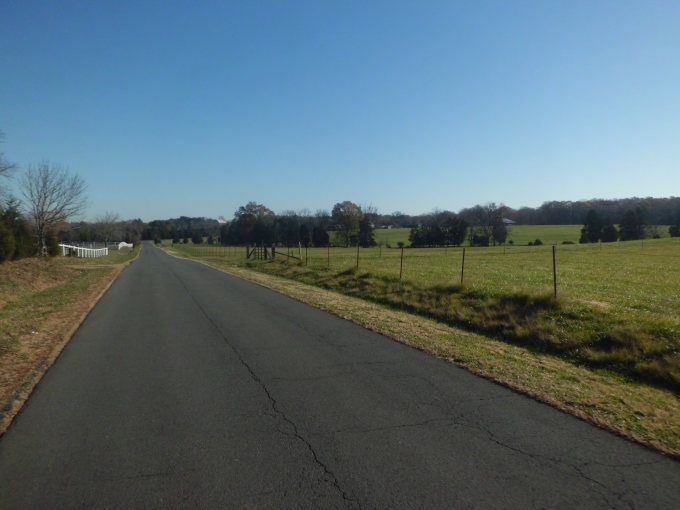